In modern society a new “tradition” has appeared most recently: wealthy people tend to send their children abroad to study. For some it is a tribute to the new fashion, but for others – is a major step forward. The most popular is a higher education abroad. In fact it is much more effective to go to learn when you have already decided on the future profession, than just receive secondary education in colleges or high schools. The education in England is considered as the most prestigious. 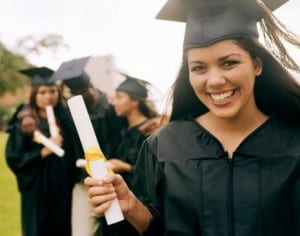 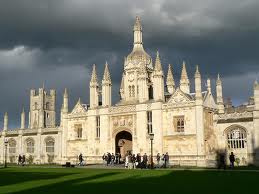 The advantages of studying in the UK:

America and Canada are not so popular among European students, because they are on another continent. Flights to America takes a long time (on average about 12 hours), and tires. Nevertheless, education is high quality, and diplomas of many American universities are highly regarded throughout the world.

So, Canadians and foreigners pay for education ridiculous money according to American standards. You can, for example, find a university in the eastern provinces of the country with the cost of the course of about USD 2.500 per year. This is due to the fact that in Canada there are no private schools (except for some private religious schools). All schools are funded by two-thirds of the state budget and public funds. Another thing is that due to the global economic crisis, Canadian prices are rising by an average of 10% per year. However, they are now much lower, for example, than U.S. Established in 1911 the Association of Universities and Colleges of this country (AUCC) brings together 90 universities and about 100 (of 175) colleges, most of which have a good reputation far beyond the borders of Canada. Two-thirds of university’s professors have a doctorate. They have a lot of charges: in Canadian universities more than 500 thousand students and 75 thousand graduate students study.

The close connection between science and practice is the strength of the Canadian iniversity. According to official statistics, a Canadian university science creates in the country the 150-200 thousand jobs annually. Canadians are the leaders in the development of satellite navigation systems and life support systems, methods of relieving stress and pain. 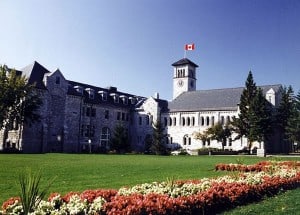 In the U.S. there is no uniform state system of education; each state has the right to determine its own structure. In the U.S. there is no clear definition of the term “institution of higher education”. Any institution that carries out further training after high school, so-called “post-secondary educational institutions” (postsecondary school), could be equally called “college”, “school”, “institute” or “university”. Higher education is one of the expensive things in the U.S. The procedure of enrollment and screening of applicants to the U.S. institutions of higher education depends on their prestige. There are no uniform requirements for applicants. In particular, some universities carry out the selection by competitive examination, interview, test, while for others the only condition is the presence of secondary education (for example, open enrollment in the two-year colleges). A common requirement for entering the college is to provide documentations of secondary school completion; a list of subjects studied at school and received marks on them, total scores on the tests, the characteristics, the results of interviews during the entering campaign. Every educational institution creates a students’ contingent according to own system without worrying about whether everyone will finish the full course, and where they will be able to work. Formally, the U.S. universities accepted the person of any age. Duration of training is also not limited. The maximum value of average annual expenditure per student ranges from $7,000 in state universities up to $15,000 in private institutions. The U.S. has more than 1,350 local colleges and 2,000 colleges and universities, 65% of which are private.

The best balance between price and quality belongs to French institutions of high education. To study there is cheaper than in the English-speaking countries, but graduates of these institutions occupy senior positions in various enterprises. So, for education in state institutions in France you do not have to pay. However, a small fee, which ranges from 130 to 700 euros per semester, depending on the university and the chosen specialty, it is necessary to make for use of the library, laboratories, campus infrastructure, etc. Accommodation in the hostel will cost 140-400 euros per month, food – about 130-200 euros. Therefore, it is the most prestigious education in France and to get into such institution is not easy, especially for a foreigner. Certificate and an excellent knowledge of French at a high level do not guarantee entering the institution. 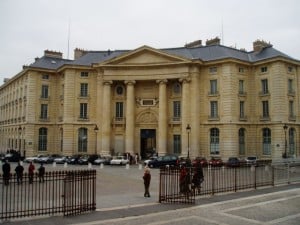 The University learning process is divided into three cycles. Each of them completed with the pass of exams and get of a diploma. The first cycle, which comes at the end of the French lyceum (lycée), lasts two years and provides general education. French baccalaureat has nothing similar with the English bachelor. In France, the bac is passed at the end of the lyceum, and only those who have passed all the exams successfully, receive a bachelor’s degree and are eligible to enter the college. After two years of study students take exams and receive a diploma of general university education – DEUG, or the degree of scientific and technical education – DEUST. During the second cycle of education, which also lasted two years, students have more specialized knowledge. The first year of the second cycle, called licence, ends with the award of the degree of Licentiate. Licentiates, having studied for a year, received a master’s degree – maitrise. To do this, the student must choose a theme and write a thesis. The third cycle, which many foreigners tend to enter, lasts one year and ends up with getting a full-fledged diploma. There are two types of diplomas. First is a diploma DESS – a diploma of special higher education. It is issued after a year of specialization in a particular occupational area, and provides training from 3 months to six months. Further employment significantly depends on the correct choice of training. The second one is a diploma DEA (Diplôme d’études appliquées) – Diploma of Higher Education in-depth that allows the holder to continue his/her scientific work and apply for the writing of a thesis.

Germany has the standard general rules for entering the institution of higher education. A diploma Abitur, which is issued as a result of study in high school or in public school on high school which is issued as a result of study in high school or public school program for high school, is a kind of admission to study at university. To obtain this diploma school graduates must pass exams in four core subjects. Compliance with educational standard, fixed by diploma Abitur, usually allows to enter the university without examinations, but now some prestigious universities accept into the ranks of students those who pass the entrance exams at faculty (especially in the medical). The main principle of higher education in Germany is “academic freedom” – a system that allows any student to determine the list of disciplines that will be part of his diploma. The higher education system in Germany also means the combination of the educational process and scientific research. These characteristics determine the schedule of the educational process in universities: each semester consists of a lecture period (14-20 weeks) and non-lecture, during which the student engaged in independent research work. 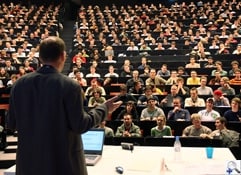 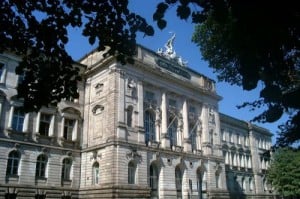 The average duration of training in higher educational institution of Germany lasts for 5 years, although there are institutions with a four or six-year courses. The maximum duration of higher education in Germany is 10 years. The enter campaign to universities of Germany is twice a year: spring, before the summer semester and fall semester before the winter. Results of study during the semester can be expressed in credit points, which are awarded to students after each session. University course is divided into two parts: the base (3-4 semesters), which is assigned on the basis of Licentiate (Vordiplom), and primary (4-6 years), following which is assigned to a master’s degree (Magister Artium) (students of technical specialties instead of this degree receive a diploma.) In addition to the graduation from the university on basic course, the graduate must defend a thesis or dissertation.

Focus on your ability! Because cheap education is not a measure of non-prestigious. University diplomas of other countries, where education is cheaper (Poland, Czech Republic, etc.) give the graduate an opportunity to find work and settle abroad. In most cases this is the purpose of applicants of the foreign universities.